State of charge estimation of a lithium ion car battery 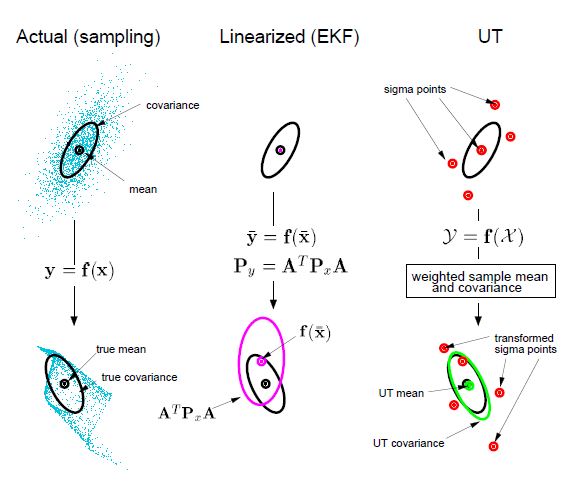 The crucial information for Battery Management Systems (BMS) are the internal states of every battery cell in the battery pack, most of all State of Charge (SoC). The thesis is focused on internal state estimation via Unscented Kalman filter (UKF), an estimation algorithm that uses information about the current state to predict states for the next step. First step of the UKF is the state update where the states and their covariance matrix are being corrected. It is time critical because it is performed on the rising edge of every cycle. Such simple algebra is performed almost instantaneously while compared to the second step that is not time critical and can be performed for the rest of the cycle. The biggest advantage of estimating states via UKF instead of other Kalman filters is the ability to use a definite number of points to transfer, through a nonlinear system, the mean and covariance of state estimates. Its computing complexity is about the same as the complexity of an Extended Kalman filter EKF.