Mathematical modeling of building thermodynamic processes has become an integral part of modern building performance evaluation. In business, engineering, and many other fields, mathematical models of a building play a vital role to let things run. The development of such models is often based on available construction information and thermal properties of the building materials. Unfortunately, for many buildings such data are not available or there is a significant difference between documented and actual values. Swiss company GreenTEG has developed a device for measuring the thermal properties of walls that serves to measure the U-value defining the actual thermal properties of the building elements. The operation of the device is based on a heat flow sensor. An alternative, more cost-effective method of determining the thermal properties of walls is based on the analogy of thermal processes in buildings with electrical networks consisting of capacitors and resistors (so-called RC networks). 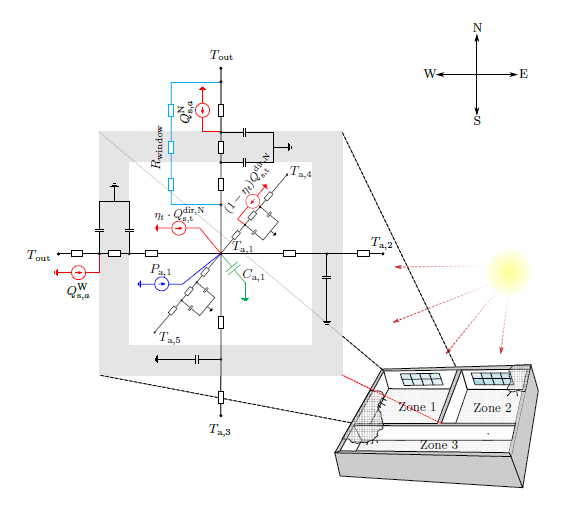 The implementation of the device is divided into the following mini projects. They could be studied independently (only certain mini project) or sequentially (mini project by mini project), based on the students’ preferences.