This thesis deals with the modeling of the building thermal model using an RC electrical circuit. Theory of the model predictive control, which is based on the calculation of the system input variable using the prediction horizon, is analyzed. Model predictive control is implemented within an actual example in which the room temperatures within the one floor of the building are being controlled. The paper also studies the distributed optimal control and explains the way of implementing the asymmetric projection algorithm, as a form of such control. At the end of this thesis, the presented results show that model predictive control enables a compromise between comfort and energy efficiency. 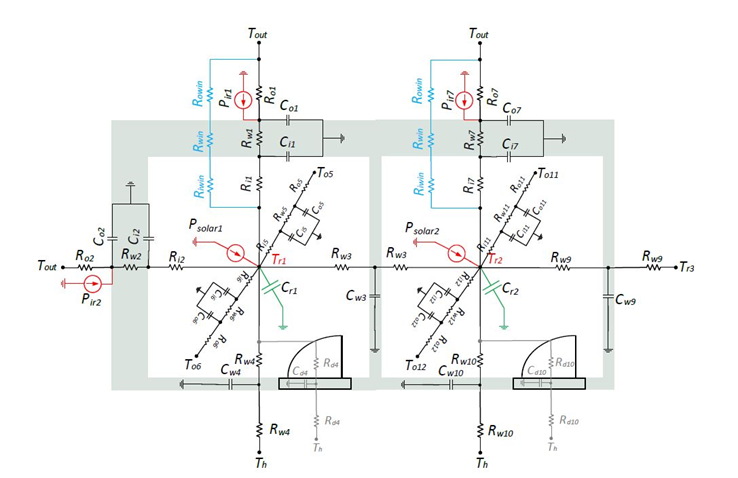